Texture packs can dramatically transform the way Minecraft looks and feels, in order to have almost any aesthetic you can imagine. This vast quantity of choice is great, but presents its own issues when it comes to choosing which texture packs to use. How do you know which to download when there are so many? To help you out, we’ve compiled this handy guide for some of the best texture packs in a variety of categories – depending on which look you desire.

With that being said, texture packs are very subjective, and it’s impossible to objectively rank them by quality – so there were plenty of fantastic texture packs not included on this list. This is simply a list of a few of our favorites.

Want a no-hassle texture pack, perfect for any gameplay – whether that be survival, creative, PvP, or just about anything else imaginable? Lithos is among your best bets. It’s one of the cleanest and most elegant ways of increasing the default resolution, without introducing noise and clutter.

The textures are clearly inspired by the default textures – so you should feel right at home. But unlike other packs such as Faithful, Lithos changes the look of the game more than straight upscaling – meaning that it won’t be boring. The pack is light, smooth and airy – perfect as a general-purpose default texture replacement.

Another great general-purpose pack is CreatorPack, which has many similarities to Lithos – namely its resemblance to default, yet with its own unique flair which prevents it from feeling boring. So it has the same attributes which make it ideal for survival gameplay, and a general all-purpose default replacement.

The biggest difference in comparison to Lithos is that CreatorPack has a more smooth, bright, vibrant, almost plastic-y look. Both packs are great in their own regard, it’s just personal preference which style you prefer.

Depixel will feel right at home to those familiar with the default textures – but with increased resolution, it will give everything a more sharp and detailed look. It straddles the line between familiarity and novelty – it stays true to the default game, but still has its own character in order to make the game feel fresh.

This texture pack is a very safe bet – almost anyone will appreciate its subtle and refined aesthetic. It is also ideal for Survival gameplay in comparison to more flashy texture packs, which can sometimes be distracting and get in the way of the gameplay itself.

If you would prefer an even more faithful experience – one that directly keeps the design and aesthetic of the default textures, but with added detail – then the fittingly-named Faithful might be your best bet. It’s been a staple of the Minecraft community for more than a decade, and for good reason: it’s a no-nonsense take on how to directly upscale Minecraft’s textures. Plenty of big-name content creators use this texture pack or a variant.

Patrix has quickly come to be known as the most complete, detailed and breathtaking realistic texture pack available – it’s utterly transformative in a way that few other texture packs can match. Employing an array of tricks to get the most possible out of Minecraft’s visuals – including connected textures, texture variation, 3D block models and more. When combined with shaders, it also has some of the best bump and specular mapping of any texture pack. That said, this focus on shader compatibility is one downside – as it means without shaders, the pack will be missing a few details such as water texture. As such, it’s recommended to pair it with a shader (the author recommends SEUS PTGI, however we have found most others to work as well)

Misa’s Realistic is another fantastic realistic option, with a 64x resolution and a much more grungy, medieval look compared to Patrix. It has a few advantages such as the inclusion of entity and GUI textures, as well as not having the requirement to be used with shaders – it looks good both with and without. It’s been a staple of the community for over a decade, and is still one of the most complete realistic packs out there.

Most texture packs increase the default resolution in order to add more detail. But what if you like the pixelated look? After all, it’s the aesthetic that Minecraft is know for. One of the best 16x packs out there is Jicklus – a pack which gives the game a distinctly charming aesthetic.

Its resolution and subtle design means it will feel comfortable and familiar, however it has its own unique character and identity for many of the textures, so it’s not exactly a default-themed pack. If you want the cute and iconic 16x look that Minecraft is known for, but with a reimagined overall aesthetic, then Jicklus is perfect for you.

Conquest is a classic pack renowned for its transformative appearance, which makes Minecraft feel almost more like Skyrim than the bright blocky game we’re used to. Its dark, moody aesthetic won’t suit everyone, but it’s perfect for natural, rustic and medieval themed builds. It employs many of the same tricks as the Patrix texture pack to get the most out of its visuals, including texture blending, texture variation and custom block models.

It’s no wonder that this is the pack that was used as the base for the popular and massive Conquest Reforged mod. But even in this vanilla state, it’s a uniquely transformative look that’s incredibly effective at breathing new life into the game’s visuals.

Mythic is an unusually high-quality texture pack – textures are beautiful and very unique. It looks nothing like default, with a rich, warm color pallet and unusual takes on what various blocks and entities should look like. It results in a wonderful aesthetic that would fit perfectly in an epic fantasy world.

At 32x resolution, it adds detail but not too much – and despite the very different textures, it would be great for survival if you’re fine re-learning what some blocks and items look like.

It’s probably a concept you never knew you wanted, but once you see it in action, you’ll never want to go back. Fresh Animations is the first proper example of its kind: a resource pack that completely revamps how mobs move – from subtle facial expressions to expressive walking and running movements. It gives mobs a sense of life that they never have had in the default game. It’s a simple concept, but brilliantly executed – all without changing a single texture. So it’s certainly not your average resource pack, but it comes highly recommended.

And with that, we conclude. We hope you enjoyed our roundup of 10 of the best texture packs currently available for Minecraft. 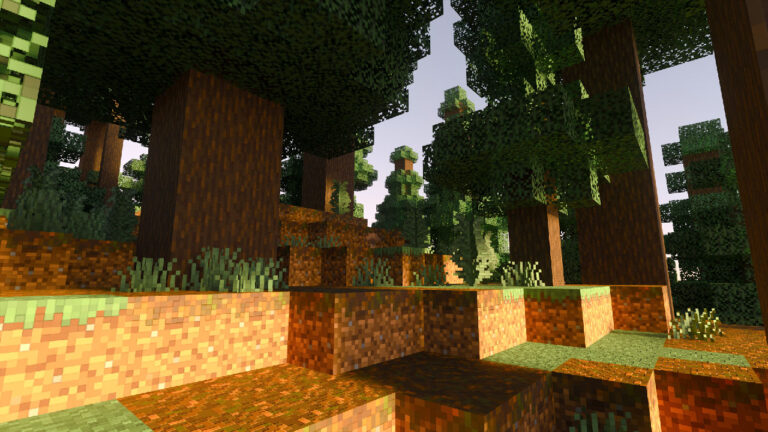 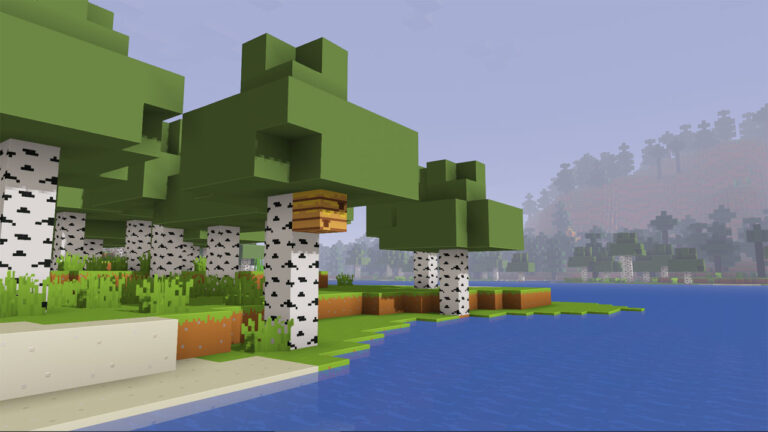